Skip to main content
Have a mold problem? Your Health Matters! Schedule Your Free Quote Today

Here’s everything you need to know about mold growing in your home and what you can do to prevent it. Mold likes to grow in wet and dark places, so the first step is to create an environment where mold cannot grow. You can start by keeping the humidity low and creating an air flow.

One of the common myths about mold is that bleach can kill mold. THIS IS NOT TRUE. The only thing bleach does to mold is discolor it. When you try to wipe up the mold, it spreads the spores around which does more damage than good.

Mold comes in many shapes and colors, so if you suspect anything in your house, it’s safe to say it’s worth looking into. Below are real examples of household mold for you to compare: 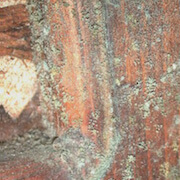 A group of molds which is found world-wide, especially in the autumn and winter in the Northern hemisphere. The fungus also causes allergic diseases in asthmatics and patients suffering from cystic fibrosis.

A common fungal species with a ubiquitous distribution with over 80 species currently known. Chaetomium colonies are rapidly growing, cottony and white in color initially. Mature colonies become gray to olive in color. From the reverse, the color is tan to red or brown to black. 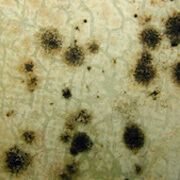 The most frequently encountered mold in both outdoor and indoor air. It is frequently found in elevated levels in water-damaged environments. Some species may be resistant to certain types of treated lumber. Cladosporium appears gray to black or very dark green and can have a powdery appearance. Cladosporium is a common fungus that is a known and documented aero-allergen which is usually associated with plants, wood products, and leather goods; the spores are easily made airborne and as such are a common cause of respiratory problems; allergic reactions and can be an agent for hypersensitivity diseases. 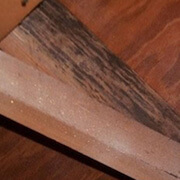 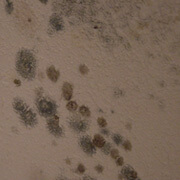 Species are common contaminants on various substances. This organism is an indicator for dampness indoors. Some species are known to produce mycotoxins. The health of occupants may be adversely affected in an environment that has an amplification of Penicillium. Penicillium is characterized by rapidly growing colonies having conidial structures resembling brushes. It commonly produces a strong musty odor.  Penicillium marneffei is the only species of the genus that has a yeast-like phase induced by temperature. This can make it more difficult in irradiating it when an infection incurs, but not always impossible. 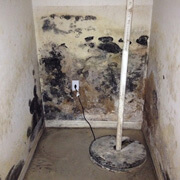 A greenish black mold that grows on material with a high cellulose content and building materials such as ceiling tile, drywall, paper vapor barriers, wallpaper, insulation backing, cardboard boxes, paper files, fiberboard, the paper covering of gypsum wallboard, particleboard, jute, dust, and wood when these items become water damaged. This mold requires very wet or high humid conditions for days or weeks in order to grow. Excessive indoor humidity resulting in water vapor condensation on walls, plumbing leaks, spills from showering or bathing, water leaking through foundations or roofs may lead to the growth of many types of mold, including stachybotrys.

Individuals with chronic exposure to toxins produced by this fungus reported cold and flu symptoms, memory loss, muscle aches, sore throats, diarrhea, headaches, fatigue, dermatitis, intermittent local hair loss, cancer, and generalized malaise. The toxins produced by this fungus will suppress and could destroy the immune system affecting the lymphoid tissue and the bone marrow. Animals injected with the toxin from this fungus exhibited the following symptoms: necrosis and hemorrhage within the brain, thymus, spleen, intestine, lung, heart, lymph node, liver, and kidney. Affects by absorption of the toxin in the human lung are known as pneumomycosis. The toxins may also suppress the immune system. In the January 17 issue of the MMWR, stachybotrys was implicated in a cluster of fatal pulmonary hemorrhage/hemosiderosis among infants.

Have a mold problem? Reach out to our mold removal specialists and we will find the mold in your home, pinpoint its source and perform a comprehensive removal. Those who live in Northwest Ohio and Southeast Michigan can contact Mold & Air Quality Professionals by dialing (734) 755-3457. Those who live in Northwest, central or lower Michigan can reach us at (231) 679-2622. 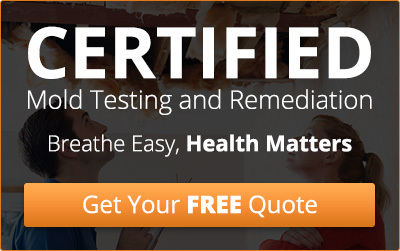 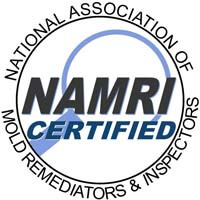